I had to do this one in two shifts as the Pipeline bridge, crossing the Seymour river is under construction.

I always like crossing the Lynn Canyon suspension bridge. A free and much more immediate experience than the Capilano Suspension Bridge tourista extravaganza.  The warning sign about jumpers is new. 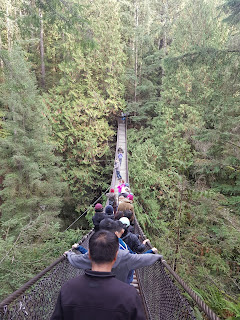 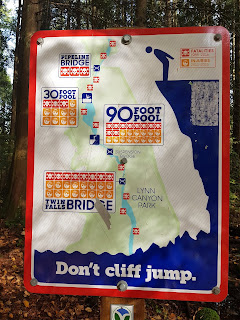 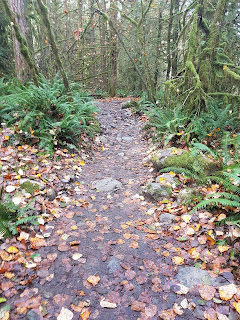 There was a sign here saying that the trail couldn't get through at Pipeline bridge, but of course, I didn't believe, but it was true, so had to walk down through Capilano U.

Second try, started at the opposite (east) side of Pipeline. Crossed Mt. Seymour Rd. and Indian RiverRd, 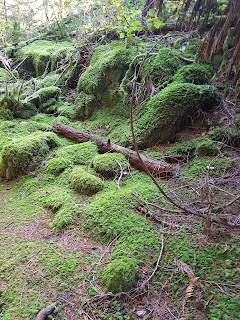 Eventually to Quarry Rock, where there about 20 people lizarding in the sun. I joined them for a little nap, then the nice little 30 minute return from Quarry Rock back to (finally) the opposite endpoint of the Baden Powell. Four legs over a number of weeks. Done.


Third leg of Baden Powell trail: Grouse mountain to Lynn headwaters park. Approx 12km.
Caught transit (train, seabus, bus) right to the base of Grouse Mountain. Trail starts right where the Grouse Grind starts, but you go east, not north!
It really is an urban trail. You come out to some roads at times, and you can sometimes hear the city, but there's enough bumps and hills to still make it a challenge. 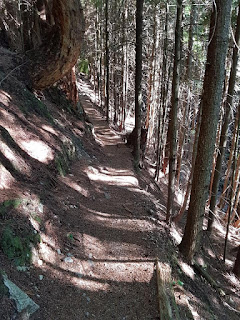 The trail is well groomed, nice flat rocks laid out on the trail. I was wondering about this until I realized this section is part of the famous North Shore mountain biking network. See the pic of one of the bike ramps. 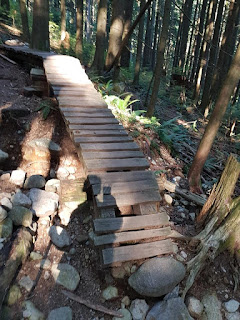 Eventually comes out at Lynn headwaters, with a nice view of Lynn creek from the Varley trail on the way back to bus. 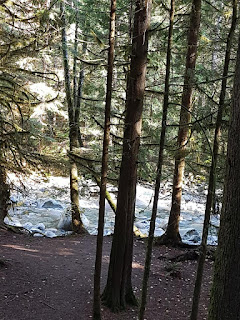